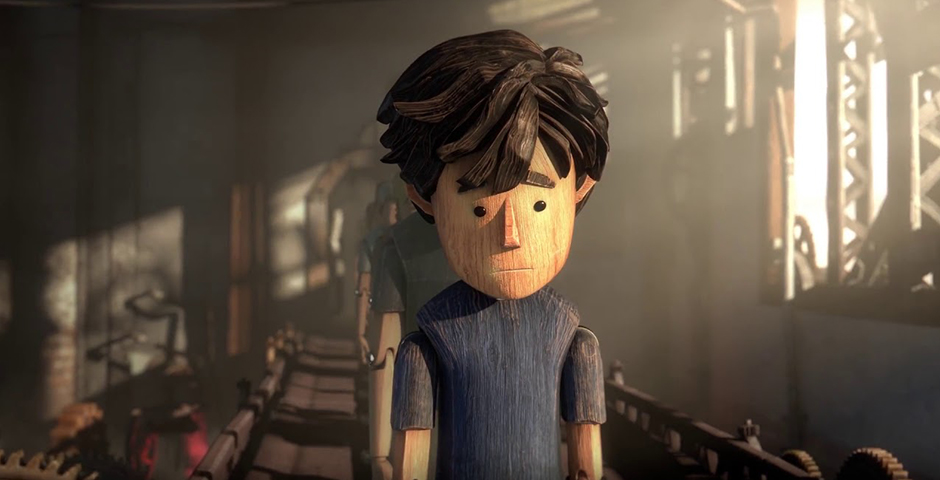 "Cogs" is a film that shows a machine world where our lives are predetermined. The mighty machine keeps the rich and poor separate. The poor, well, they keep the machine running. The rich enjoy the spoils. It shows that by working together and breaking the machinery that keeps us apart, we can break the cycle of inequality.

The film was created to launch AIME, an Australian mentorship organisation globally. More importantly, we were looking to motivate five young people around the world who would be prepared to start the AIME program in their country.

AIME is the largest volunteer movement of university students in Australian history, with 5,000 students mentoring over 15,000 indigenous children, children who were dangerously close to dropping out of school and into a life of poverty, drugs, gangs—or worse. Our CEO works directly with them and mentors their remarkable CEO (young Australian of the Year) Jack Manning Bancroft. We were inspired by their absolute belief that education can change the world and their incredible success rate (75% of their kids go on to higher education.) All of us simply wanted to be a part of their story.

We needed a launch piece with remarkable emotional resonance but doubted that their budget would afford the right director. We drew up a wish list of people who we thought would be the best to tell the story. We expected all of them to say no. Within just a few hours, our first choice, Academy Award-winning animator Laurent Witz of Zeilt Productions committed to the project. He, like us, was inspired and moved by AIME and wanted to tell their story worldwide. What he created is a stunning piece of film and one that has exceeded all of our objectives. We couldn't be happier.

It's not often that you work on something that is an absolute force for good. AIME has taken tens of thousands of children and pulled them from a life of poverty and seen them thrive in higher education. They're on their way to being doctors, engineers, lawyers, artists, and architects. And thanks to the film, we found five remarkable individuals who are now adapting the program for their own countries. We may not change the world, but we're giving it a good go!

If the success of AIME in Australia is anything to go by, we'll soon see thousands upon thousands of young people make the leap from hopelessness to optimism and excitement about where life can take them. We can't wait to see the changes AIME will make worldwide.

We spent a long time trying to explain inequality in a simple story, one that allowed us to show how and why it exists and how AIME is trying to break it apart. When we started sketching mighty cogs and machines we knew we had our story. The idea that we're all on pre-determined paths was such a simple way of showing the unfairness of inequality—often we don't even realise that our futures have been decided for us. Of course, it also gave us something evil to break apart!

About the Best Use of Animation or Motion Graphics category