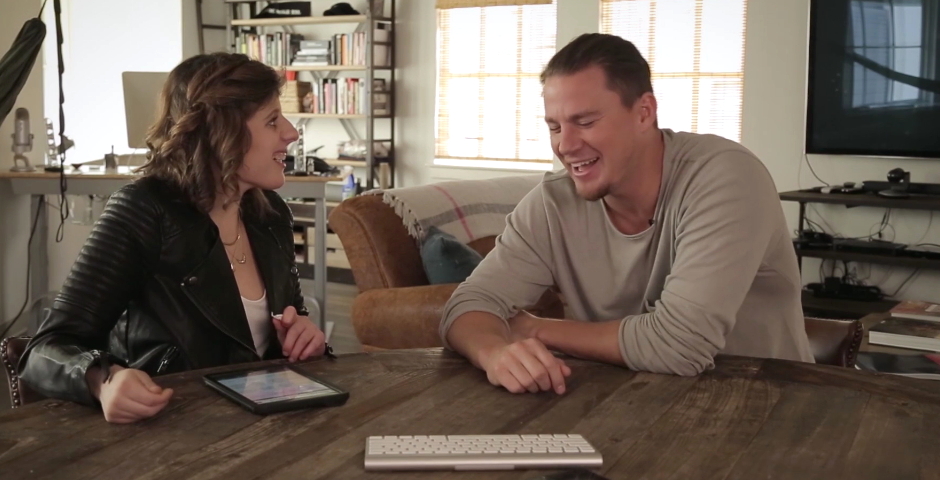 Carly Fleischmann has dedicated her life to autism advocacy. After co-writing the book Carly's Voice, about her experiences growing up with autism, she became the subject of numerous interviews. For this project, she decided she'd like to do the interviewing for a change.

What key challenges did you face with this project?

Finding Carly's first guest wasn't easy. We needed someone of note to legitimize her skills as a talk show host. Luckily, Carly is quite persistent and Channing Tatum was a willing participant in this brave new format.

When working on this project, what were some of the most essential things you had to get right?

The show still had to be good enough on its own that Carly's autism became a footnote to the whole experience and not a novel reason to watch the show. The design and branding of the show also needed to feel special and on par with other big talk shows, like Ellen or Jimmy Fallon. Execution and distribution were also important. We launched Episode 1 during World Autism month to give it more cultural relevance, which helped get the project some much-needed earned media.

I think everyone who worked on the project all had the same question: "How will it work?" People were curious as to how someone with autism who can't speak could host a talk show. But Carly had a vision. She's tenacious, relentless, and doesn't know the meaning of the word “no.” To [learn] that people with disabilities have incredible abilities just waiting to be discovered was extremely eye opening. They may not do things the same way you or I do them, but they can surprise us if we let them.