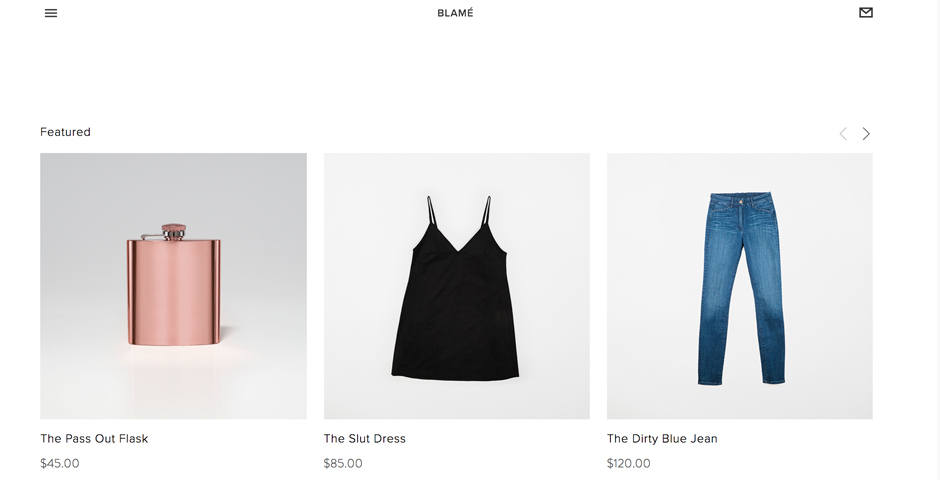 Because victim blamers use what a woman wears to justify her rape, the YWCA launched a clothing brand inspired by real life incidents of victim blaming. We put the collection in a store and invited everyone. Nothing was for sale, instead clothing tags carried the words of victim blamers. People could see for themselves that clothing is never an excuse for rape.

"We knew we were entering a provocative and contentious space. What we didn’t expect was how taboo the subject of rape and victim blaming still is. So when we launched with a social media campaign using the same language as real victim blamers, there was an immediate backlash. The YWCA asked us to make the launch campaign less provocative and also cancelled the PR plan. With these changes, we weren’t able to get the reach we hoped for.

Also, our venue fell through twice. But we still made it happen."

By far the most rewarding aspect of the Blamé campaign was receiving emails from sexual assault survivors, telling us that the work we were doing was important. It took a lot of work to create a real store experience (both online and in person), but the gut-wrenching emails made us work even harder.

Early in 2016, there were a number of sexual assault trials in Canada that had people fiercely debating the validity of the victims’ claims. We saw it in the Jian Ghomeshi trial and in the case of Mandy Gray, a university student who “asked for it” because she was drunk. In the fall of 2016, victim blaming was an issue that the YWCA wanted to bring attention to.

It’s not easy to talk about rape, especially when you’re a sexual assault survivor. So there were a lot of really important conversations, make sure everyone on our team felt comfortable. The last thing we wanted to do was trigger someone into reliving a traumatic assault.

Before starting this project, we knew the conviction rate for sexual assault was incredibly low. Only 3 out of 1000 rapes lead to a conviction. But what we didn’t know was that victim blaming is a major reason why women don’t come forward. We met a lot of survivors along the way who told us their stories, and many of them chose not to go to the police for fear of being blamed.