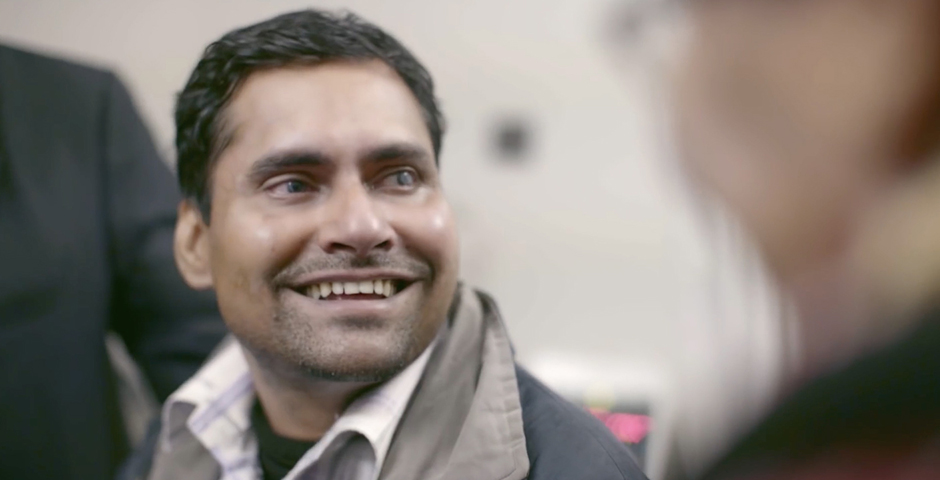 Amit is a young blind man who has lived through good times and bad but never witnessed them. We followed him through his corneal-transplant surgery, and after he regains his vision he sees all his precious memories for the first time with the help of Google Photos.

Filming any documentary, time and uncertainty are always the biggest challenges. We only had one take to respectfully capture all the footage we needed throughout Amit’s journey, so multiple film crews were a real necessity. Fortunately we had a brilliant on the ground team with Lowe Lintas, Element Films in Delhi and the renowned documentary film director, Anand Ghandi who were all well versed in such a complex and ever-changing shoot.

Once Amit had his medical examination to test the viability for the procedure, it was a waiting game until a suitable donor was found; at that point the waiting turned to a race against time to undertake the surgery.

When Amit saw photos of his father for the first time, the look of pure adoration on his face made it worth the effort a hundred times over. It was a real honour to be allowed into such an intimate time in a family’s life, and without doubt, it was an uplifting and rewarding experience for the whole team. Witnessing Amit regain his sight and experiencing the joy from his loved ones was truly rewarding.

Amit’s story grew naturally from our early conversations about how we remember our fondest memories through photography. Most often our memories are based on imagery but we take our vision for granted.

What would it be like to experience your sister’s wedding or father’s funeral in sound, textures, taste and smell but with no sight? For sighted-people we found this concept hard to imagine; and so in reverse, we wanted to bring those visual memories to life for the first time.

The most important conversation was always about keeping the documentary real. It’s hard not to get carried away, but at the end of the day the most important part of the story was Amit himself. Keeping honesty in the story and not allowing it to ever become a stunt or a product demo was very important to the whole team.

We were surprised to learn that there are 39 million blind people in the world, and nearly 5 million have corneal blindness, which is treatable.

About the Documentary (Branded) category

Video content in the form of a documentary that promotes products or services on behalf of a brand in order to convey a marketing message.