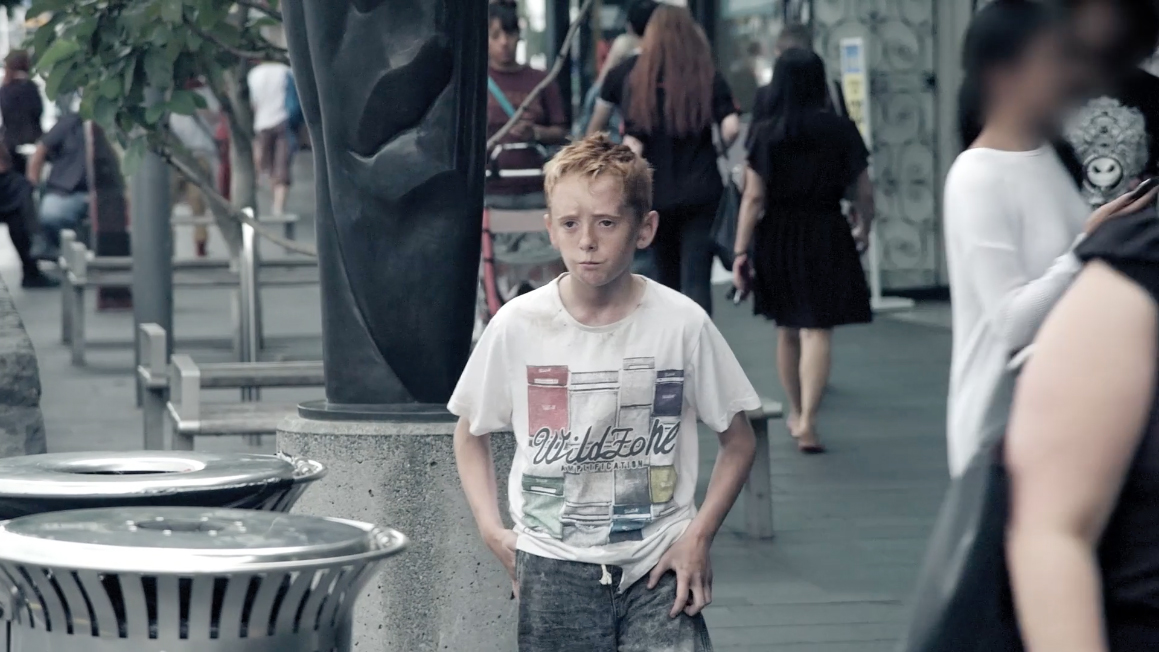 "NZ Police wanted to attract a diverse range of compassionate, community-minded people to a career in law enforcement. But how do you do that when the dominant perception of a cop is a tough white guy?

We filmed a series of social experiments that put people in situations where they could help a stranger in need, like police do every day, or keep walking. The resulting web videos were then PR’d and reached over 60 million people, leading to a record number of recruits."

"The whole project was an exercise in overcoming a challenge: the negative perception of police officers in general, especially in light of media attention on some things happening in other parts of the world. We overcame this by appealing to a completely different set of values and emotions, and built our campaign around the “empathetic” qualities of being a police officer.

Another key issue was that we needed to film a series of social experiments. Covertly. We were filming in high foot traffic areas and needed to remain undetected so nobody would blow our cover and undermine the credibility of the experiments... This created its own set of unique problems, setting up and getting everyone in position and coordinating everyone while not being detected took many hours before shooting. We knew that there was the possibility, given the unknowns of filming social experiments, that some would fail, so we filmed six experiments in order to capture at least three we could successfully use."

"The results. 41% of resulting applicants were female. 45% were from ethnic minorities.

Seeing the police, who had been predominantly white and male, receive accolades for diversity after the campaign.

The chord it struck with the general public. Over 3.9 million views on the NZ Police recruitment page, as well as the amount of media attention it picked up both in New Zealand and overseas (estimated global reach of over 60 million)."

Recruiting ethnic minorities and females to the police has been a long-standing problem the world over. We set out to specifically uncover insights into what ethnic minorities and females would respond to, building a social media idea that would help New Zealand Police connect with the country's growing and diverse cultures, establishing care as a core trait of policing.

We needed to be aware of the various cultural and gender sensitivities, without patronizing our target audience. This required us to gain a deeper understanding of the people we were appealing to, rather than just being politically correct.

The difficulties of filming social experiments and how you can never fully plan for how the public will react to such situations. Similarly, how quickly viral work can escalate and that you have to be prepared ahead of time to truly take advantage of the media that picks up on it.

Best Social Video Series made specifically for social media. Platform agnostic but the video must be integrated into the experience and not embedded as a link.