Stop The Horror | The Webby Awards 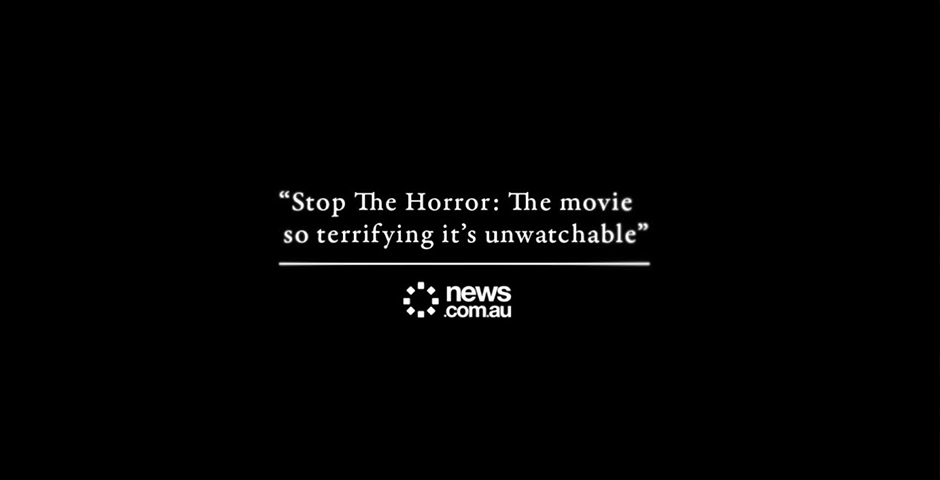 2018 Nominee Stop The Horror Cummins&Partners Sydney Advertising, Media, & PR Best Use of Video or Moving Image
See all the Webby For Good campaigns

"Stop The Horror" is an interactive film that tells the true story of Greg Sims - a terminally ill patient. It captures the horrific pain and suffering he had to endure at the end of his life. The film is so raw and uncensored that an on-screen button allows you to escape the film when it becomes too much to watch. When you click away, we reveal that Greg Sims did not have that same right—he could not escape the horror. We then give you a way to prevent this sort of suffering, by voicing support for a compassionate voluntary assisted dying law to your local parliamentarian.

Everyone should have the right to die without the trauma of pain and suffering. However, statistically, 4% of terminally ill patients will find no medication or treatment to relieve their suffering; without a voluntary assisted dying law this minority is forced to endure a brutally painful end to their lives. This fact really affected us. It shaped the campaign.

Our biggest concern was credibility. The story we were telling was true. But it was so dramatic and explicit we were concerned people would argue it was sensationalised; we were worried that the opposition would use the graphic nature of the film against us. As a result, we were very (very) careful not to inflate the story in any way. In fact, we gated every step of the process with approvals by Greg Sims’ family so that we were certain we remained true to the events and did not misrepresent anything. The film you see is how it happened—and that’s what makes it so hard to watch.

When we originally read Greg’s story, all we could take from it was suffering and pain. Then we started to produce the film and the website. The thing that struck us was how much creative generosity there was towards this story—from directors and cast to developers and designers, people came forward with their own stories and were galvanised into action. His story moved people to want to change things. When the bill was finally passed in parliament, it was the phone call from Greg’s family that meant the most—they said it was the first time they felt there was meaning to Greg’s struggle at the end of his life.

Go Gentle have published a book called "The Damage Done." The book tells the true stories of people who are dying from a terminal illness, their families, and the staff who treat them. The book captures the trauma experienced by these people in dealing with a situation they can do nothing about.

In an attempt to understand the issue, we started reading the book. By the third story, most of us were in tears. It was traumatizing. That’s when we realized the answer was right in front of us. We needed to retell one of these stories—as is. We knew people would want to stop watching. And that was the point—if you can’t watch this on a screen, why should this happen in real life?

Absolutely. The entire idea is built on the viewer’s interaction with the film. By clicking the "Stop The Horror" button, you were reminded that terminally ill patients don’t have a way out. They cannot stop the horror for themselves because there is no law to help them. You realize that your choice to escape the suffering is the same choice many terminally ill patients want for themselves.

In general, people don’t want to think about dying. They definitely don’t want to think about voluntary assisted dying. They switch off. When you break it down further, people who support this law are usually apathetic or unwilling to invest any time or energy into their support. In contrast, religious groups (the main opponents to this law) have an audience that is never switched off. Their support is large, unified, and easily engaged. The most significant challenge was engaging people who were not opposed to voluntary assisted dying and turning them into active lobbyists for this law.

We wish we knew the answer to this question for now and forever.

About the Best Use of Video or Moving Image category