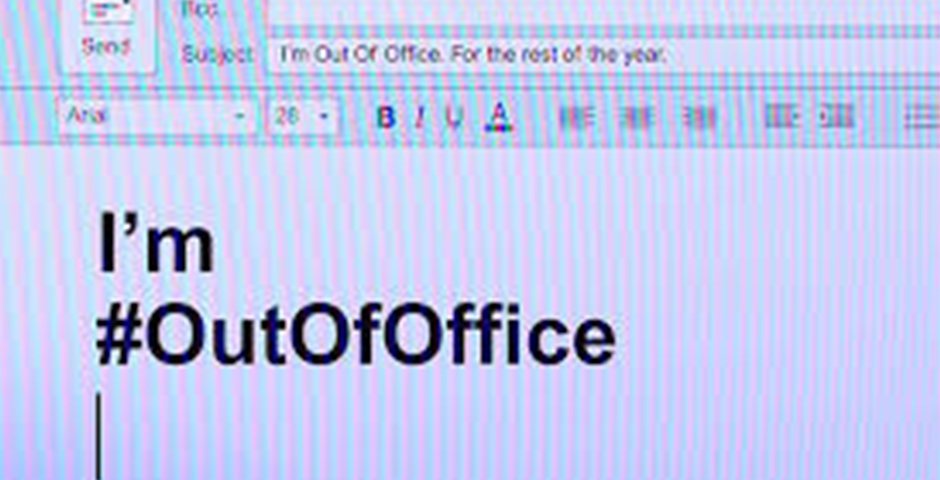 We took the humble Out Of Office auto response and created a new media channel for a day.

The gender pay gap in the UK is 18.4%. So November 10th is the day the average woman effectively stops getting paid for the rest of the year.

To raise awareness of this inequity, we asked people to switch on their Out Of Office for the day, to say they were out for the rest of the year.

A powerful symbolic message seen by anyone who emailed them that day. A chain reaction spreading across the UK with every bounce back. Picked up by the major nationals, it reached a combined online readership of 1.2bn.

The Women's Equality Party is fighting for equality on all fronts, but one of their key policy areas is the gender pay gap.

The challenge is that most people do not understand the incredibly complex nuances of the gender pay gap—the structural inequality, unconscious bias, and blatant discrimination that underpins it—and this isn’t the sort of thing that can be easily explained in traditional communication channels.

Equal Pay Day—the day that women effectively stop getting paid in relation to men—seemed the perfect symbolic day to run a campaign that used ordinary office software to create a participatory and empowering way to help people protest from their desks and spread the word.

Setting ourselves a challenge of creating a viral email chain to reach as many people as organically as we could, without any budget, was always going to be ambitious. We had no guarantee that anyone would take part, not least with an often passive workforce (who might also fear reprisals from the powers that be) and a disinterested and disbelieving public—for a politically sensitive and hugely misunderstood topic. But we did have our own personal and professional networks. We had friends at Campaign and The Pool. And we had a lot of energy, optimism, persistence, and tenacity.

Women and men took real pride in being part of the campaign and part of organisations that supported it. For the first time, people felt comfortable publicly supporting gender equality, driving awareness for the Women's Equality Party. People from loads of different companies got involved, including EY, Mars, Airbnb, BT, and Aviva, to name a few. And whilst we'd hoped it would take off, we didn't expect the expressions of support and solidarity for the initiative on social media, and coverage across major news sites, like the BBC, Huffpost, Guardian, The Sun, and Glamour. The scaling of the campaign from just 48 people in an office in Soho to a total reach of over 1.2 billion was thrilling.

The Women’s Equality Party exists to build a populist movement for gender equality and that requires helping men and women understand why the cause is still relevant and urgent. Never had there been a more relevant day than Equal Pay Day to remind the nation of the importance of gender equality. We wanted to start a viral email chain and reach as many people as organically as we could. With the average office worker receiving 121 emails a day, each participant could potentially send bounce backs to over 100 people. We hoped that this almost crude marketing technique could quickly snowball, into a movement for women and men, if we got it right.

For us it was pretty simple. If women aren’t getting paid, they shouldn’t have to work. But, we couldn’t very well organise a mass walk out until the end of the year. We had to approach it completely differently. That’s why we decided to use the Out Of Office auto response. It was a subtle way for people to put two fingers up to the establishment, without even having to leave the office. It also gave us the space to explain an incredibly complicated topic.

The Out Of Office auto response was definitely crucial. The channel actually reinforced our message. If women aren’t getting paid, they shouldn’t have to work. They should be Out Of Office. And no one had ever used a mundane bit of office software as a media channel before. We took this everyday platform and turned it on its head, creating a movement and a way for people to protest from their desks and tell everyone else about it. From those email bounce backs, it jumped into all the social channels, with people posting screen grabs of the email, and beyond that into the major news channels. All without anyone having to leave their desks.

The biggest challenge was that most people, both male and female, do not understand the complexity of the gender pay gap—the structural inequality, unconscious bias, and blatant discrimination that underpins it. Whilst most people say that they are supportive of the equality movement, many reject the idea of personally identifying with it. It’s also not the sort of thing that can be easily explained in traditional channels, and certainly not a poster. In fact, the biggest obstacle was finding a way of not only explaining it, but actually encouraging people to participate themselves and spread the word. All this and we had no money.

This campaign proved that you don't need huge budgets to make a huge impact. But also, that innovation doesn't always lie in something shiny and new. In the 20 years since the Out Of Office auto-response had been invented, no one had ever used it as a media channel. This has made us think more about exploring the everyday, and turning it on its head. Challenging how we "normally" use technology and mundane ordinary platforms, and doing something fresh and surprising with them.

About the Online Guerrilla & Innovation category

Consists of unconventional and innovative online promotional techniques, done with a small marketing budget or with technological advancement as motivation for innovation. By nature, guerilla marketing is subtle, often deceptive; sometimes called "stealth" marketing. All components of the entry must be online.