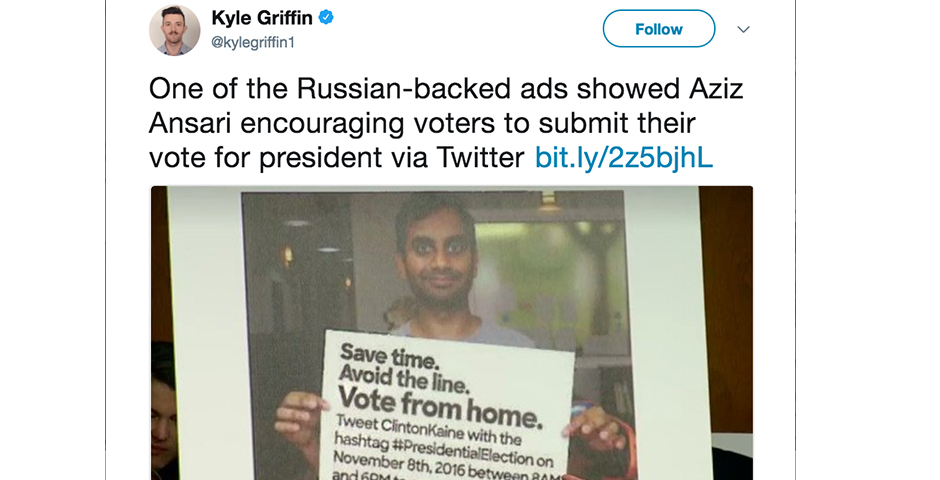 We are submitting Russia's election hack for a Webby Award in order to inspire refection (and preventative action) among the tech/creative/media leaders who will attend the ceremony, because something must be done before it happens again in the midterms.

When it became clear that Russia used the very tools that our industry created to manipulate us, and ultimately sway the U.S. presidential election.

The campaign is aggressively meta: The Webby community is our target audience, and the entry fees are our media buy. We've never seen anything like this before, so we pretty much had to make it up from scratch. We worried that no one would take us seriously, but ultimately felt it was too important and too pressing not to try.

This project has generated a powerful conversation throughout our industry, and many people are starting to reflect on their own roles in creating this vulnerable media environment. We have had many people reach out offering to chip in to safeguard the midterms, which is the ultimate goal.

So far we have raised awareness, but the ultimate goal is preventative action before the midterms.

Our dream is to be able to distribute a brief we have created during the Webby ceremony, which would spark the real-world impact we are hoping to create.

We continue to have them every day. But we hope that the Webby ceremony is our culmination.

The Webby Awards is the world's most prominent gathering of tech/creative/media leaders in the world: This community helped build the tools Russia exploited, and it is the only group of people with the skills, access, and expertise to do something to stop it from happening again before November.

We believe there are many obstacles to come, but we are committed to spreading this message until something is done to safeguard our democracy.

We hope to inspire and collaborate on many high-tech initiatives to help voters avoid manipulation during the November midterm elections.

About the Viral Marketing category

An advertising and marketing phenomenon that facilitates and encourages people to pass along a marketing message. Can be a site, mobile app, or video-based advertising.