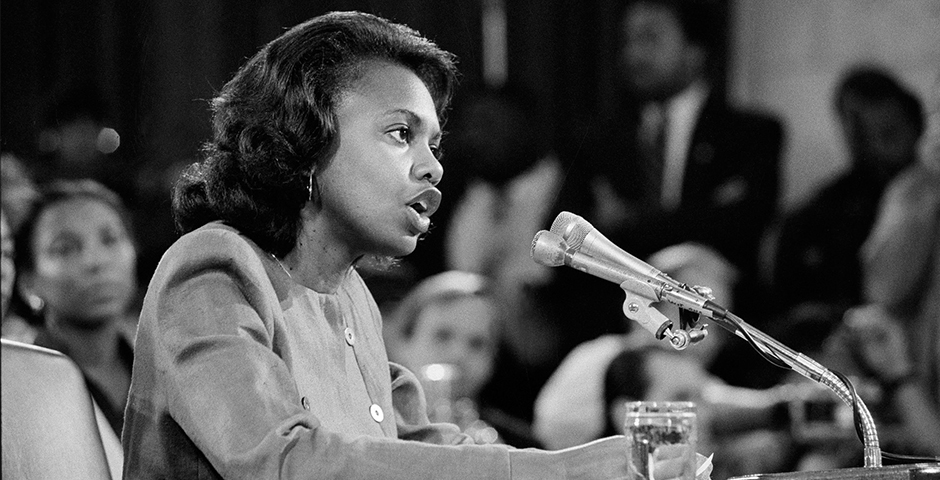 While most of the media chases the latest salacious headline about who is being accused of sexual harassment, we take a step back, giving the context you need to understand how we got to the point that this historic moment is possible.

About half of the staff at Retro Report are women and like many people, we were surprised that President Trump overcame the release of the Billy Bush tape. So we started to look at issues where women had tried to take on institutional misogyny. Early on in our research, we learned that the Supreme Court had outlawed sexual harassment in the workplace and we were shocked that it had happened so recently. We wanted to explore how it was that sexual harassment had come be recognized and how it was that something that had been experienced but not quite fully articulated, came to be understood.

There was a lot of very powerful archival footage that required some nuanced handling. There were cringe-inducing moments in Anita Hill’s testimony and we were careful to not repeat putting her on the defensive. We dug up archival news footage and workplace training tapes dating back to the 1960s that connected viewers with the struggle people were having at the time. The archival footage was emotional and provocative, and we used those clips to illustrate the broader cultural context of what was happening in society and what was commonplace in workplaces.

We were proud to be able to help frame the moment with a broader examination of the history of women speaking up, and speaking out, in their defense. We helped illustrate the power of courageous women stepping out of the shadows. We wanted to shine a light on a story that featured the power of giving a voice to what had been unspoken, and making visible a history that had often been overlooked, and how it so deeply informs this extraordinary moment of reckoning.

We began researching this story about seven months before the Harvey Weinstein story broke. We were doing the final edits when sexual harassment was suddenly leading every newscast. So while many media outlets were reporting on the latest developments in terms of who was coming forward and who was being accused, we were able to provide the longer history. We could tell the story of how, until the 1970s, no one even knew what to call the behavior. And we could provide context to this nascent movement, and a deeper perspective on what became, in many ways, the story of the year.