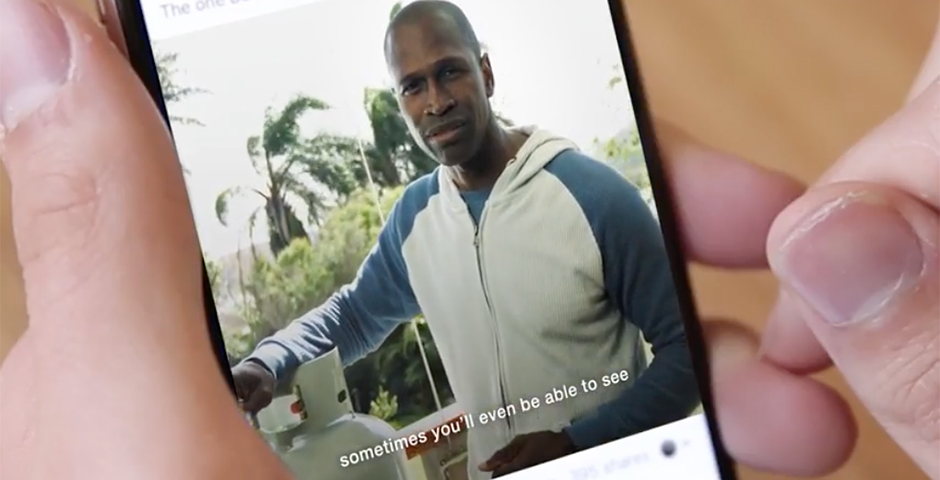 Often, the only way to know if a man is struggling is to listen to him. To demonstrate this, we created a series of Facebook videos that appeared to not require sound. But when the user unmuted the video, it became clear that they'd actually missed a man in trouble.

Men are massively over-represented in global suicide statistics. Of all the suicide deaths every year, a staggering 85% of them are men. Clearly, the way many men think and talk about their mental health needs to change.

For those struggling with their mental health, even the slightest reference to suicide can be a potential trigger. Therefore, any campaign that deals with this issue needs to find a way to remain engaging and relevant, without endangering lives.

Because of the sensitivities associated with suicide, it's rarely reported in news media. This leads to a lack of public awareness on just how big of a problem it really is. Since working with The Movember Foundation, we've had the opportunity to meet with suicide survivors from all walks of life. Their stories have shown us that suicide is a truly global health problem, affecting people of all ages and backgrounds.

It may seem like a cliché, but we always maintained that if Unmute encouraged even a single person to seek help, it would have been a success. As it turned out, over 50,000 people accessed support services on Movember.com during the campaign period. This no doubt led to plenty of lifesaving conversations.

When this idea was conceived, Facebook was floating the idea of automatically playing videos in the newsfeed with sound. Given that our message was all about the importance of listening, we realized we could use commentary around this feature to highlight how for some men, remaining silent can actually be dangerous.

Men love how-to videos, making them one of the most-shared types of online video. This informed both our execution, and our decision to use social media. We knew if we could engage men in a moment when they are actively looking for something to watch, and disguise our message within the type of format we know they enjoy, we'd have a much better chance of success. Social media was also a great way to get our message out with limited media investment, which is obviously important for a charity organization like Movember.

Writing subtitles that matched the mouth movements of the talent, without giving away the twist in the video, was much easier said than done.

Social media is a powerful tool for suicide prevention. We'll be continuing to find new ways we can use it to connect those who are struggling with communities and support networks, as well as raising awareness through storytelling.