Save the koalas | The Webby Awards 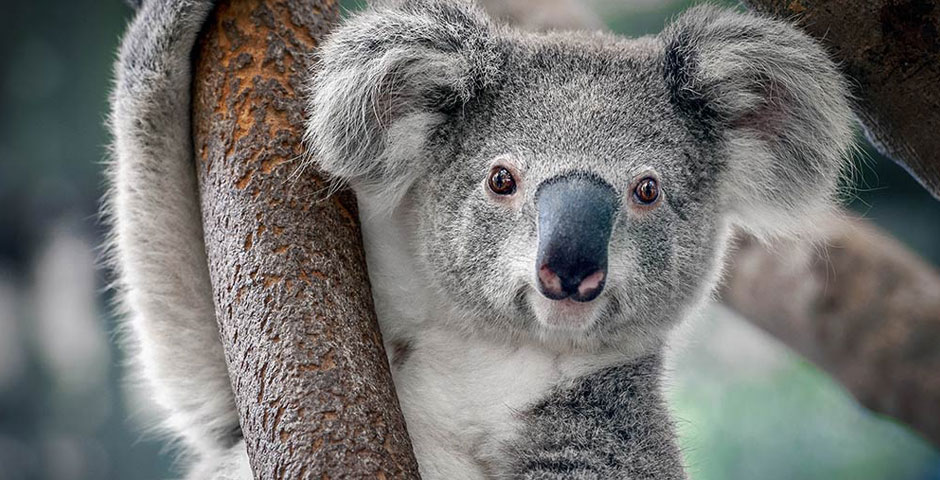 WWF-Australia set out to save hundred of thousands of koalas and millions of other Aussie animals from excessive tree-clearing.

To do this, in 2017 we deployed the site "Save the Koalas," telling the story of tree-clearing and the plight of koalas through an adorable origami koala called "KIMBY."

"KIMBY," short for Koalas In My Backyard, is a play on the epithet “NIMBY - Not In My Backyard,” and provided a simple tool that offered users the chance to speak directly to 12 key Queensland political decision-makers, who could limit tree-clearing, by sending a digital origami koala containing a personal message.

At the end of the campaign our supporters had sent over half a million emails!

Australia’s east coast is a global deforestation hotspot, the only one in the developing world. The koala is one of the biggest victims of this crisis.

Our "Eureka" moment came when our research showed a koala extinction crisis was happening in Queensland’s own backyard, but most Queenslanders didn’t even know it was happening! That meant we needed a way to explain the link between tree-clearing and the loss of koalas, and a tool for our supporters to use to change that outcome.

Koalas in My BackYard - KIMBY was born. And it was beautiful. Suddenly we had a hero origami koala that supporters could get behind and a champion for homeless koalas in the wild.

We realized early on that it was important for us to frame our messaging with a balance between the need for trees for wildlife. It fitted with WWF’s mission of “Create a world where people live and prosper in harmony with nature.”

By using content hosted on the “Save the Koalas” website to define exactly what excessive tree-clearing looks like, users could see with their own eyes the sheer scale of excessive clearing that was happening, and appreciate that it was totally beyond what is reasonable.

For us, the most rewarding aspect of the project was launching the webpage, and immediately seeing cascades of supporter messages coming through and landing on our KIMBY tree.

It told us, the koala carers, the sustainable farmers, and everyone else who had spoken out against excessive tree-clearing, that we had the support of tens of thousands of people.

It was inspiring to see the number of supporter messages grow every day.

“Save the Koalas” was the first time we were able to display supporter messages online in real time by using Google Firebase and Vue.js technologies.

The main goal of “Save the Koalas” was to make such a ruckus about koalas and tree-clearing that the 12 key policymakers on the receiving end of our KIMBYs in their inboxes every day would have no choice but to listen to the thousands of rallied supporters and make tree-clearing a main election issue.

The response was phenomenal!

KIMBY was a late-night breakthrough moment. Head of Marketing had a brainwave just before bed—an origami koala. A flurry of midnight text messages later, KIMBY was born.

We worked up the idea with an agency (Bearface Media) and breathed life into KIMBY through key animated elements for the website, and the folding origami creative.

Once we saw KIMBY start to take shape, we knew we were onto something.

More than the technology itself, it was how this message was delivered to Australian politicians that mattered to us: politicians are used to receiving petition signatures. So we thought that sending a personalised virtual postcard giving a voice to koalas would have a deeper impact. We were right.

We gave our supporters the option to personalise the message they were sending to politicians, and to be honest, we didn’t know if people would make the effort. We were wrong this time, as the majority of the 60,000 WWF supporters wrote an individual message with their submission.

We saw such a positive response to this feature that we implement it on most of our advocacy campaigns now.

About the Green category

Sites that focus on "green" issues including concerns for environmental conservation and improvement of the state of the environment. Specific examples include recycling or energy blogs, websites announcing "green" corporate initiatives, conservation-focused blogging or environmentally friendly computer recycling websites.