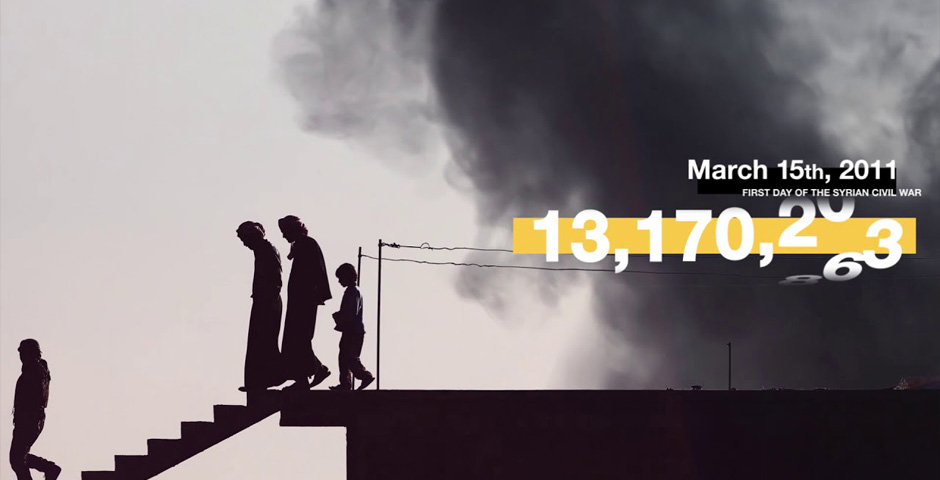 On World Refugee Day we launched “Change the course of history,” an online experience that secretly rewrote people’s browser history, to inspire them to act. We created an impactful film showing a string of historical events, while a mysterious number kept growing. What people hadn’t noticed was that we secretly refreshed their browser window and gave each opened page a unique title. By doing this we were able to write a powerful message in their browsing history. So that when we finally prompted viewers to open their browser history we were able to confront them with a powerful message that offered them a chance to act and change the course of history—by donating, or volunteering.

History is so riddled with horrifying events that people assume things today are not so bad, while in reality the refugee crisis is the largest it’s ever been and growing every day. This misconception makes people reluctant to act, allowing history to continue its disastrous course. That’s why, when the IRC asked us for a campaign on World Refugee Day, we set out to show people that the only way to change history’s course, is by making a stand.

Because we made the prototype, the biggest hurdle (can we rewrite people’s browser history?) was already taken.

Next to that we obviously needed to overcome different challenges. Every browser history has different specification, so we had to find a way to make a custom experience for each one—while keeping the message the same. Next to that we worked closely with the IRC and Getty Images to find the right refugee data and footage of each historic event.

We knew it was technically possible to rewrite people’s browser history, but instead of presenting the idea from a deck, we wanted to let people experience it for themselves. That’s why we immediately started looking for the right team who could build a prototype. It was amazing to see people’s reaction when they discovered the message, they had no idea how we did it. From that moment everybody knew we were on to something.

The site is entirely built using vanilla javascript, html, and css. We manipulated the history menu by assigning a piece of the story to each page’s title property. For the video animation we used: After Effects, Photoshop, and Audition with the Particular, and Optical Flares plugins. For the programming languages we used some minor After Effects scripting for randomness in certain sections. In Photoshop, we broke source still image apart using masks, and painted/cloned in empty spaces left by separated parts. We imported the PSD into After Effects as a layered comp, and animated separated elements accordingly. The audio editing was done in After Effects and Audition.

Yes it was. Actually, by using people’s browser histories, we created a whole new medium to communicate our message. Billions of data points are created every day in users’ browser histories, but it’s often overlooked, making it a blank canvas for us to deliver our message uniquely and in a vessel that directly drives action. Because if they don’t act… history will continue its current course.