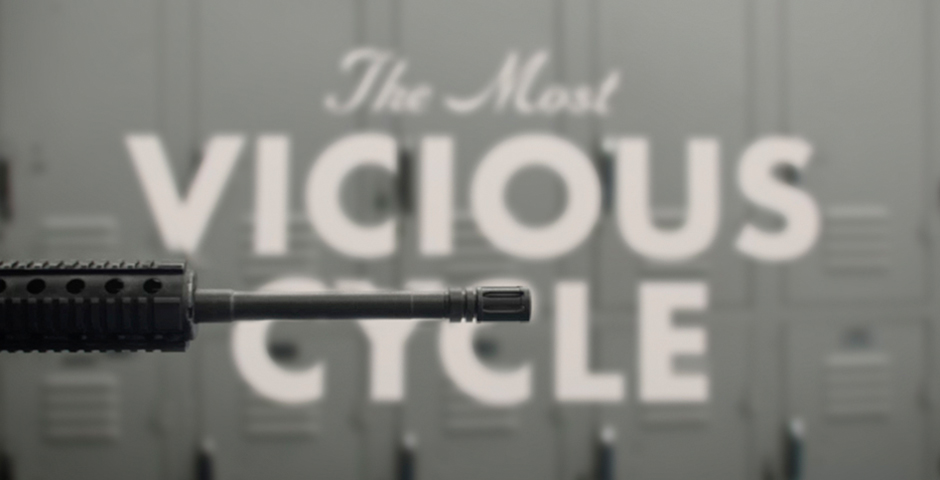 Gun violence in the U.S. is a vicious cycle. The only way to end it is by getting young people to vote out pro-gun politicians. But only 19.9% of young people voted in the 2014 midterms. To change these numbers, March for Our Lives activists launched “Vote For Our Lives”. The campaign featured a music video with a Kesha song, written the day after a mass shooting. The video dramatizes the cycle and urges viewers to #VoteforOurLives. It repeats three times to emphasize the repetition of gun violence, and implies that it could go on forever, if we do nothing. The film launched on MTV and was spread across social media via the artists and activists. 2018 youth voter turnout increased to 31%.

To emphasize the repeating nature of gun violence, and to imply that the cycle of gun violence won’t end unless we take action, we decided to have the video repeat three times. And in each cycle, there are subtle differences and “Easter Eggs.” There are different protest posters each cycle. Names of gun violence victims are added in the second. And song lyrics are shown in the third. In every cycle, a room number changes to represent the date of a mass shooting.

Our first step was to find the right partners to make The Most Vicious Cycle a reality. This project is truly a labor of love and required a very dedicated group of people to ensure its quality. We also needed a team that thoroughly understood the sensitive nature of the subject.

We wanted The Most Vicious Cycle to acknowledge inner city gun violence, in addition to the the mass shootings that happen across the country. To do this, we found up-and-coming rapper Chika and featured her in the music video’s song “Safe.” During her parts of the song, she raps from the perspective of a student at an inner-city school.

To distribute The Most Vicious Cycle, Kesha and the March for Our Lives activists posted the video on Twitter and Facebook. The activists also promoted the film on their Instagram feeds.

Over the past year, McCann-New York has produced three projects with March for Our Lives. One is a printed ticket. Another is a traditional film. And the third, The Most Vicious Cycle, is a VFX-heavy music video. In the future, we’ll continue to use whatever technology is appropriate to execute ideas in the best way possible.

In the future, we’ll continue to use whatever technology is appropriate to execute ideas in the best way possible. - McCann New York Team