Save our Species | The Webby Awards 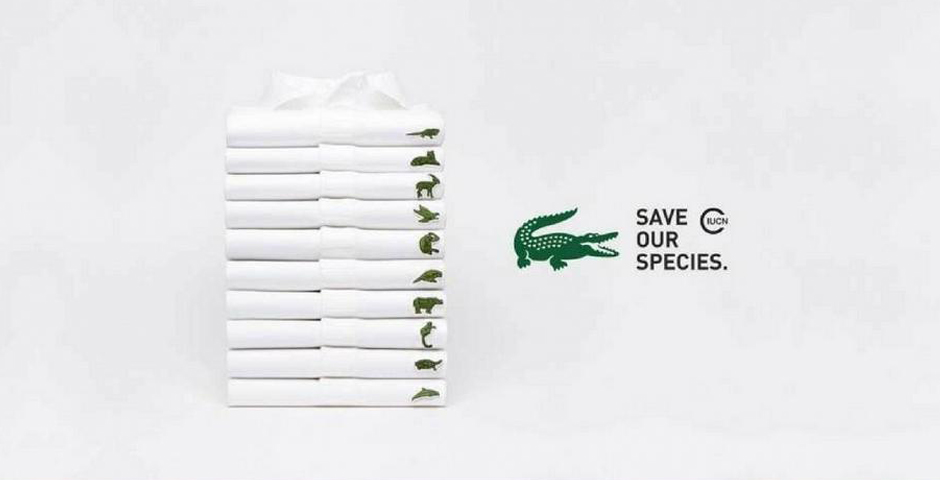 2019 People's Voice Save our Species BETC Advertising, Media & PR Best Cause Related Campaign
See all the Webby For Good campaigns

For the first time in Lacoste’s history we initiated a radical change of one of the most iconic logos in the world: the crocodile.

There was no rebranding: We used the iconic Lacoste polo as inspiration and created 10 extremely limited-edition polo shirts where the crocodile leaves its historic spot to 10 threatened species. For each species, the number of polo shirts produced corresponds to the number of animals known to remain in the wild. Each polo purchased helped to preserve these species worldwide by supporting IUCN’s Save our Species programme.

The fashion industry is the fourth most polluting industry in the world.

Lacoste wanted to demonstrate that its environmental responsibility goes beyond the simple respect of CSR charters: They wanted to take action, and hopefully show the way to other brands. Lacoste had previously been involved in the “save your logo” programme, focusing on its crocodile. They went one step further by extending their action to other threatened animal species. And they did so in the most significant way possible for them: changing their historical product, the polo, replacing the iconic crocodile by other species.

To make the project as strong as possible, Lacoste partnered with the International Union for Conservation of Nature, who are experts in animal conservation and responsible for the Red List publication.

The operation gained a lot of visibility and PR. However, in terms of production and mediatisation of communication assets (digital videos and photos), it cost less than 57 000€. This shows that any brand can come together on a simple but powerful idea that does not necessarily require a lot of money to get people’s attention but can have big impact for the cause.

All 1,175 special edition Save our Species polo shirts sold out in just 24 hours.

This kind of sales record rarely happens for Lacoste, except for super exclusive collaborations, such as with Supreme.

Another interesting data point was that it generated 76% new clients: people who had never bought any Lacoste items on the eshop. It shows that thanks to this operation, Lacoste managed to address a new target, maybe more environmentally conscious, and also a creative community interested in bold moves from brands.

Best, most innovative, and effective or creative campaign created for a brand on behalf of a societal cause.