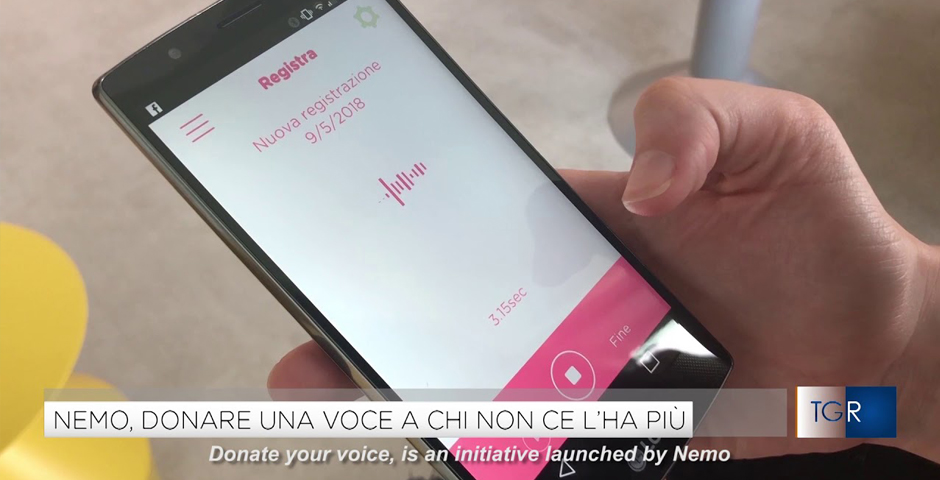 It was a very symbolic gesture, as losing the voice is one of the symptoms a patient of ALS suffers from. But it was very useful too, as to donate a word they had to download the 2€ app previously. Instead of just asking people for money, we found a more appealing solution: to ask them for their voice. We wanted to mobilize the whole country, in order to do that, we needed to make them all feel useful. So, we made them conscious that every word counted, no matter age or sex. We awaked it in them the wish to participate, to be part of something bigger.

The campaign was published throughout a social experiment, an online video hosted by YouTube, and Nemo's Facebook. Where it showed in it the importance of a single word, and we eventually invited the audience to download the app. At the same time, we launched a website which was the core of the project, as it contained all the words that were being donated, so you could not only listen to the one you had donated, but also to perceive how the universe of words was evolving. An audio file with more than 3000 different words. More than 500.000 total views in the first week without any media investment. Free National coverage in all media. Ranked the most downloaded app in Italy.

There are more than 25,000 NGOs in Italy. This fact makes fundraising a hard task especially when the beneficiary is a minor group (even if the 1000 new ALS cases that are diagnosed every year in the country may look a lot). We needed to come out with an idea that made people aware of the problem, to start a conversation so they would eventually make a donation out of their own free will. We launched Voice of Voices, a nationwide project which asked for a word from every Italian to fulfill the ambitious task of completing the dictionary and create a big audio database, that could eventually work as unique voice.

Instead of just asking people for money, we found a more appealing solution: to ask them for their voice. - McCann Italy

Apps, mobile sites, and progressive web apps that educate and empower citizens, and/or encourage civic engagement within one’s community or society at large.