When Used Correctly | The Webby Awards 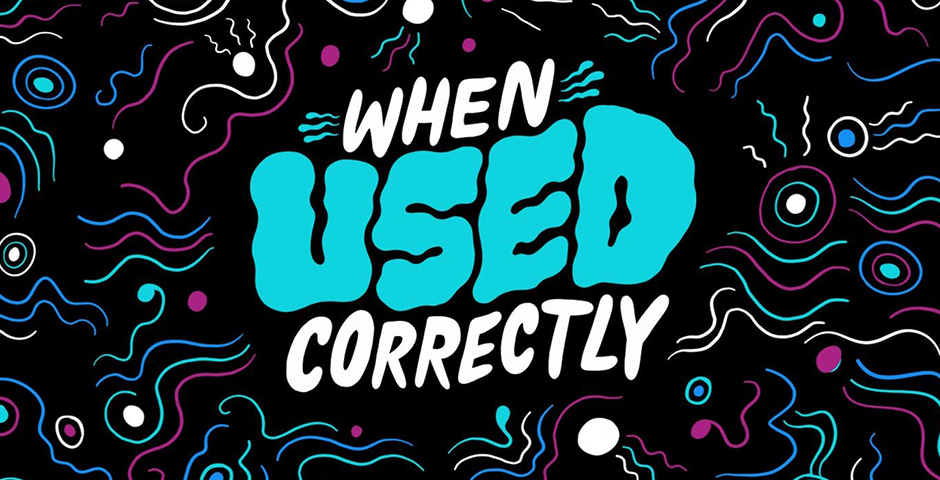 “When Used Correctly” starts conversations about contraception in an approachable way. We received many positive comments, such as: “YES! We need more of these. - The Lily Team at The Washington Post

We know shockingly little about many of the conveniences we rely on in modern life. The cars we drive, the trains we ride, the smartphones into which we type our most sensitive personal data — for most of us, their inner workings are pure mystery. The same goes for our birth control. Questions abound about the tiny pills — or patches, or condoms, or intrauterine devices — that we count on to prevent unwanted pregnancies. Many women obsessively Google questions about contraception, along with other reproductive health queries. Google no further. The Lily’s video series, “When Used Correctly,” has answers for you.

A majority of adults look online for health information and say what they find on the Internet impacts their decisions related to their own health care or a loved one’s care. Sometimes these searches can become compulsive. In 2012, the Oxford Dictionaries added “cyberchondriac” to their online dictionary — a blend of “cyber” and “hypochondriac.” (You can learn about it in Episode 1.) The Lily aimed to make a real-world impact by creating a trustworthy and educational source on contraception and reproductive health in “When Used Correctly.”

During the pitch process, I had just moved to Washington, DC, I found myself having first-time conversations with new friends, and I observed a lot of commonalities: Women clearly cared deeply about their reproductive health but felt a knowledge deficit around contraception. They felt overwhelmed by the plethora of information (and misinformation) on the Internet and wanted to learn about contraception from a trustworthy source. Many of the reliable sources they did find felt clinical. They wanted to simultaneously hear from experts and hear personal stories from their peers. I realized The Lily had an opportunity to relieve some of these frustrations. So we did, with “When Used Correctly."

When I first joined The Lily, I worked with editor in chief and creative director Amy King and deputy editor Neema Roshania Patel on producing an original video series that The Lily could become known for. We knew that our stories on women’s health resonated with our audience and that there was a desire for more coverage in this area. We conducted user research by distributing a survey to our audience to narrow the focus of the series. Amy King and art director Amy Cavenaile helped create a bold visual aesthetic that makes the show instantly recognizable and ties it back to our brand. We worked with illustrator Chris Piascik to create a logo and title sequence animation for the show.

The biggest hurdle was the incredibly short runway for executing a brand-new show, while also upholding the high standards audiences have come to expect from The Lily and The Washington Post. We conceptualized and produced “When Used Correctly” in just over four months. We wanted to make a series that would bring alive The Lily's strong visual voice and aesthetic; we looked at alternative ways to produce educational social video in a crowded space. We were, as always, committed to the unparalleled reporting the newsroom of The Post is known for.

It was crucial to convey our message on video platforms that our audience already engages on. We released “When Used Correctly” in conjunction with the launch of IGTV, and the show became the first IGTV content published by The Washington Post. The show published across all The Lily’s platforms, including as a Facebook Watch show and a YouTube series from The Post. With the creation of “When Used Correctly,” The Lily aimed to fill the need for an educational resource on contraception through mobile-specific social video. The series is informative and high-energy. We use a direct, conversational tone and strong visual voice — elements our followers have come to expect from The Lily.

“When Used Correctly” starts conversations about contraception in an approachable way. We received many positive comments, such as: “YES! We need more of these. I’m a pharmacist and there can never be too much sharing of stories along with data from health care professionals… Keep up the great work @thelilynews!!!” As part of our platform-first approach to distribution, we created “When Used Correctly” for Facebook Watch and IGTV. The first season has received more than one million views across Facebook, IGTV, Snapchat, YouTube, and Apple News.

Videos from The Lily elevate stories critical to the lives of women and expose diverse perspectives. Our videos employ the approachability native to social video while bringing The Lily's strong visual aesthetic alive. We produced “Unfiltered,” a 2018 Webby honoree, which features seven female YouTube stars telling stories of vulnerability they’ve never shared before — from grappling with online harassment to exploring sexual identity. In April, we launched the advice show “Nora Knows What to Say,” in which author and podcast host Nora McInerny helps Lily readers prepare for difficult conversations, from discussing mental illness on dates to telling family about surviving sexual violence.

About the Education & Discovery category

Social video that advocates education, learning, and discovery; including social films about animals and wildlife, the environment, etc. Platform agnostic—enter any and all social media that best exemplify your work.