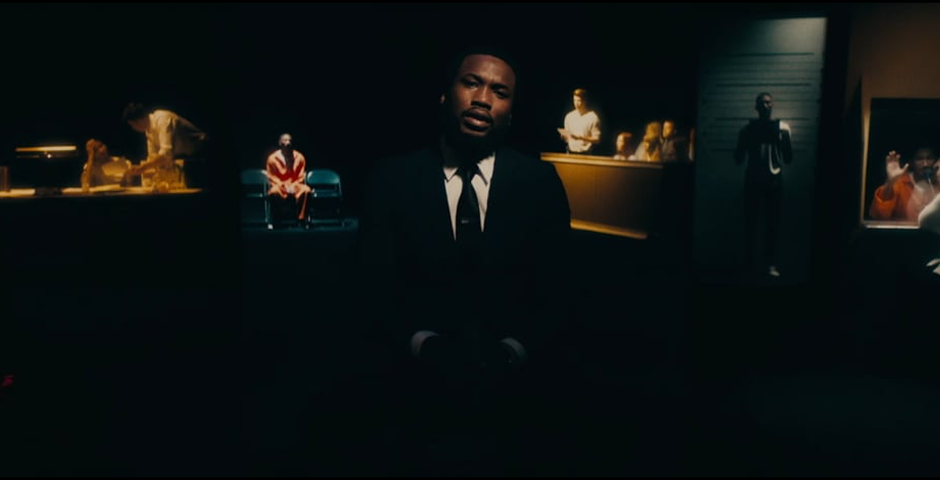 The Criminal Justice System is a racially biased cycle of injustice. At every point - arrest, trial, sentencing, and parole - the system is set up to disproportionately punish the poor and people of color. After experiencing this cycle first hand, Hip-Hop artist Meek Mill has become a vocal leader for reform following his release from prison. Meek teamed up with Roc Nation, to start a #Reform campaign, with the hope of affecting real change through awareness and action.To launch the campaign, we created a film that uses the exact words of the Criminal Justice system to clearly demonstrate the scope of injustice, and to help people better understand the specific moments where injustice occurs.

The key breakthrough was finding a way to help the audience form an intimate connection with a "statistic." The script was a broad indictment of injustice rather than a retelling of one person’s story. It uses the Miranda Rights, some of the most widely know words in our justice system to expose the injustice. Visually, we follow one man’s journey but never meet him. This allows him to represent the voiceless millions currently circulating through our Criminal Justice system, but to also help the audience understand the scope of the problem on an intimate level.

The first step was to research and uncover statistics that reveal injustice at every point in our Criminal Justice System. Once we felt there were enough statistics to demonstrate the cycle of injustice, we began matching those statistics with iconic rights of the Criminal Justice system to craft a script that would be as emotional as it was educational.

Like many projects, our biggest problem was time and budget. How do you effectively expose the nuanced complexities, massive scope, and long history of Criminal Injustice in America with limited time and budget? Moreover, how do you do so in a way that was clear enough to raise awareness, but specific enough to be taken seriously?

We decided to lean into these restraints as a way to literally evoke the feeling of being restrained. We used minimal sets and darkness to visually convey what it’s like to be powerless and surrounded by an unjust system. By simplifying the scope our film, we were able to make it easier to grasp the scope of injustice.

But the most fulfilling result is hearing of teachers showing the film to their students. A young student recently commented in the NYT Film Club section: "This video inspires me to become civil rights leader." That might've been the most rewarding reaction of all.

Our film was published as a New York Times Opinion video. But we created cutdowns for all social platforms to ensure the video could be shared and seen by as many people as possible.

The medium was absolutely crucial to the conveying of our message. First, by publishing the video in collaboration with the NYT, we were able to share Meek Mill’s message with those who might otherwise not come across it, as well as key decision makers. By sharing the video on social media, we were able to empower supporters of reform with a shareable video that clearly expressed the arguments of those fighting against injustice - and a video that would be taken seriously by those outside core supporters. And, of course, social media was crucial to ensure the video would be seen by millions.

We fully expected the film to resonate among Meek Mill’s core supporters and other advocates of Criminal Justice Reform. But we were blown away by the national reception of the video, and the extent to which it resulted in the meaningful conversations we set out to initiate. Tackling Criminal Justice is intimidating and can feel like an overwhelming ask for just one video. But we learned that when you create a video that empowers others with information and inspiration, your one video becomes a million voices.

The project was an important reminder that you don’t need to engineer never before seen technology to create inspiring work. Instead, you can leverage the very simple tech we take for granted - the ability to inspire change through connection. If you have a powerful idea, put it out there, and let the masses use technology to share it for you.