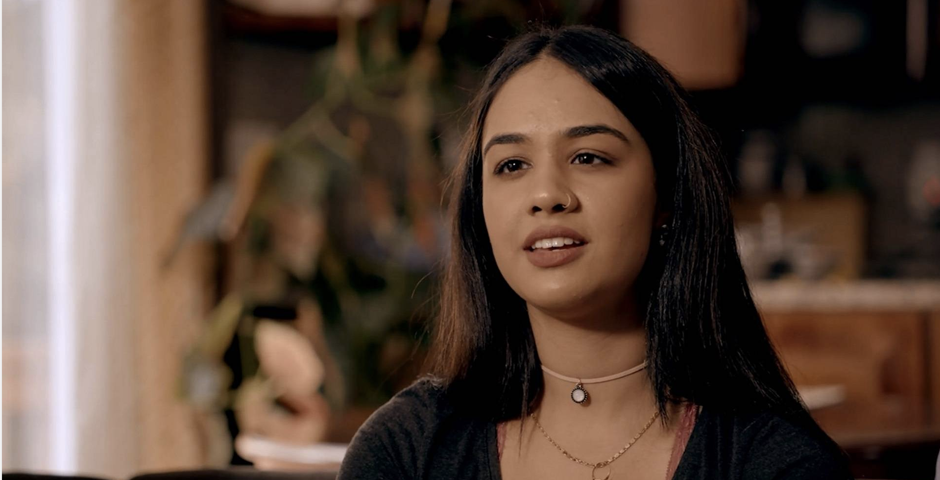 The Election Effect, a five-part documentary series, showcases life for the next generation of voters. Produced by Oscar-winning production house Shine Global and Paramount Network, the series describes conflicts arising out of the election and election rhetoric that were met with courage, innovation, and activism. Each of the five award-winning directors created episodes that highlight one or two teens, from different backgrounds and political perspectives, who are working to understand what is happening in their communities and to stand up for increased communication, empathy, and respect between groups with different views and ways of life.

The 2016 election was unlike any we’ve seen in modern history. In its wake, we saw growing division and bullying among students, but also instances in which teens stepped up and acted with grace and empathy. We wanted to capture this moment and the positive actions students were taking to initiate dialogue rather than division. We also knew that teachers were requesting help in promoting civil discussion among students. We felt sure that The Election Effect videos and accompanying discussion guide would inspire this.

The kids who are coming of age now, in this moment, are activists. They’re the most tuned-in, the most connected generation we’ve ever seen. Considering they are our future, we felt it was important to give them a chance to speak to one another and to the nation. We think we can all learn from the empathetic approach they took in their dialogue. “You can respect people’s right to disagree... people's right to hold opinions and to exist... and it starts by just talking to people,” states Wesley in the Nashville episode, and we couldn’t agree more.

The first steps were finding the directors and the stories that we wanted to tell. We started with researching stories that had been reported on already in the news to get some ideas and started talking with directors we had worked with in the past and getting recommendations on other directors we could work with. It was really important for us from the beginning to make sure that our directors reflected the racial, gender, sexual orientation, and geographic diversity of the country themselves and be able to relate with the different teens they would be filming.

Finding the stories to film was the most difficult part of the process. We started our research with stories that had been reported in the local news, and some that had been picked up nationally, so a lot of schools felt they had already been burned with the coverage and the online reactions and turned us down, even though we wanted to tell a deeper and positive story. Our directors ended up each finding their own story through personal contacts they had and building up the trust needed for filming that way. With the trust they built, we were able to film in the schools in Nashville and Concord and with the youth groups in North Carolina, Colorado, and New York.

This was our first digital series, having previously produced theatrical and broadcast documentaries. The ability to quickly reach such a large and broad audience of all ages was really eye-opening. During the launch of the series, we reached 1.6 million people on Facebook. Short-form storytelling is becoming more dominant overall and we’ve learned over the years is especially well-suited to educational distribution. Shorter length films, especially when accompanied by smart, interesting discussion guides, are tremendously appealing to educators. Ultimately we licensed the series to Tugg Educational, where teachers and libraries can stream the series or buy DVDs for classroom use.

We really believe in the power of film to change the world. Telling these stories in an intimate way is so much more inspiring than listing facts. We’re able to humanize and illustrate an issue in a way that really resonates with people and moves them on an emotional level first. We then always want to ensure that once the emotional reaction fades, that we also have concrete ways for people to take action. That’s why we created the discussion guide to help people process what they’ve seen and think about how it can relate to their own lives and what changes they can make personally to make the world a better place.

We are currently developing two new digital series – one continuing on the themes of The Election Effect and looking at teens who will be first time voters in 2020, and another looking at the digital divide in the US. We also have just launched a Kickstarter for our next documentary that looks at juvenile justice and mass incarceration. In addition to the film, we’ll be creating companion curricula and discussion guides for different audiences and working with partners to offer a VR experience of a virtual jail cell created by incarcerated teens.