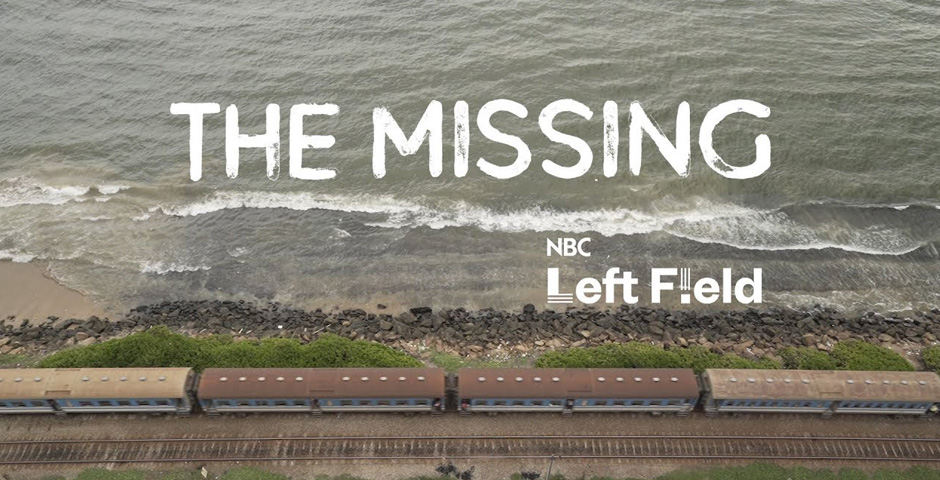 What happens when somebody goes missing while migrating? When they leave their home but never arrive at their destination? How does their family cope not knowing if they’re alive or dead? Migrants are often dehumanised by the media, so we wanted to explore what motivates people to risk everything in search of a better life.

Nobody knows how many people are missing in the world today. We wanted to tell five stories, touching on five continents to give a human perspective on the polarised coverage of migration. Working with NBC Left Field and Matthew Cassel was vital for this: their format allowed us to dive deep into these moving testimonies, giving them the respect they deserve.

The ICRC has been helping families of missing people for almost 150 years. Currently we’re actively searching for almost 140,000 people - although this is just a fraction of the total number of missing people worldwide. This is an enormous humanitarian issue, which affects every country in the world.

We wanted to explore this from the perspective of the families and tell their stories in a dignified way. We knew social media was the best way to reach our target audience of politically-engaged English speaking millennials, but we didn’t want to succumb to the shorter=better mentality. This is why the partnership with NBC Left Field and our exclusive focus on YouTube was vital.

The project was being filmed throughout 2018, when Trump was trying to build his wall and stirring up rhetoric about a caravan of migrants descending on America's southern border. This strengthened our resolve to combat the dehumanising and misleading narratives which were becoming predominate. As an organisation we cannot encourage or discourage migration, but we can ensure everyone is treated as a human being.

We loved Matthew's work - in particular his films about growing up in Gaza. He has a great ability to bring the humanity out of highly political contexts. coupled with his experiences with AJ+, we knew he was integral to the success of this project. So we took him out for a beer.

Securing a variety of locations was tough. We wanted to make sure there was an even geographical spread with these stories, but our leads in Europe kept falling through. Ideally, a story from Greece would have given a nice counterbalance to the boat loads of people the media filmed arriving in 2015 at the height of the so-called "migration crisis." In the end, our colleagues in Lebanon were able to find the flipside of that narrative: a Middle Eastern man who lost his family when their boat sank. In many ways Europe appears in that film as a spectre, always just out of reach.

While the views and video retention rate and reach of the films were important, this is the piece of feedback we're proudest of.

Matthew received this email from the sister of Hector after watching her episode for the first time:

"We just saw it Matthew... Were crying.. Documental is perfect... Thank you a lot... My mother and father says they are more than glad and happy with you because of it... We really appreciate it... God bless you Matthew every single day".

The integrity of the people who share their stories with us is key. It's our privilege to help tell them.

We wanted to reach an audience outside our own channels, so we were so happy with using NBC's platforms as leverage. We witnessing longer video retention rates, and engagement with an informed and curious community. Compared to the shorter shelf life we see on Facebook and Twitter, we're so glad we focused exclusively on Youtube.

We will focus more on longer-form content and Youtube-only productions.

About the Documentary category