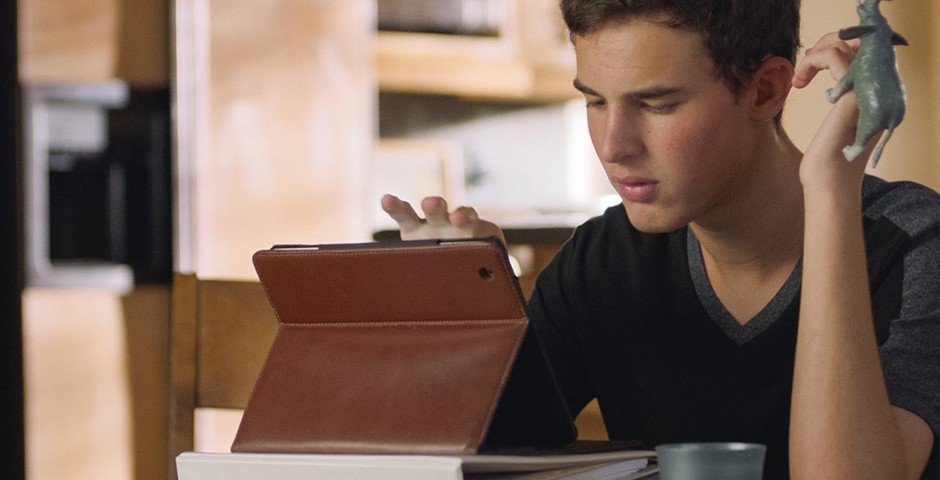 No one thought 15-year-old Dillan Barmache had anything important to say. As a nonverbal and autistic person, he lived behind a wall of silence his entire life, unable to connect with his classmates or family. Now, with the help of his iPad, Dillan can finally speak for himself. And the whole world is listening.

Autism is estimated to affect 21.7 million people globally. While many organizations claim to represent autistic people, few give them the spotlight when it comes to discussing their own condition. Cultural dismissal of autistic voices only fuels our misunderstanding. As a result, autistic people are often perceived as maladjusted or defective.

When Dillan described life with autism in his own words, he broke through the misinformation and prejudice surrounding his community. He stepped forward and challenged the public to acknowledge the full humanity of autistic people.

Giving Dillan a platform to speak his thoughts—ones he’d been waiting 15 years to share—was as rewarding as it was humbling. By speaking his mind, Dillan defined his identity. When he declared, ""So many people can’t understand that I have a mind. But now you can hear me,” he sent a message of hope and solidarity to the autistic community.

Dillan’s voice also made a monumental change in his family dynamic. For the millions of people with an autistic family member, this was a revelation. Instead of a condition, they were challenged to see a person—someone capable of connecting with them.

Apple believes that—with the right tools—everyone is powerful. No one embodies this belief more than Dillan. His courage and creativity only needed an outlet, and that’s what drives Apple to make accessible products.

This is Dillan’s story. It was crucial to celebrate his achievements, not to sell a product or promote a feature. At every turn, we made sure Dillan’s message was always at the forefront.

Autistic people are underrepresented to the point of invisibility. Seeing an autistic person speak for himself resonated powerfully with the autistic community. The film was met with an overwhelmingly positive response, and it was even shared as a message of hope and solidarity.

The public also heard Dillan’s voice, loud and clear. From a single tweet, the film generated over 230 million impressions and was featured on The Today Show, Buzzfeed, and Forbes. Dillan is living proof that speaking up can change the world. His words remind us that everyone should—and can—have a voice.

About the Short Form (Branded) category

Episodic or singular online video content up to 3 minutes in length (per video, if series) that integrates products or services on behalf of a brand.