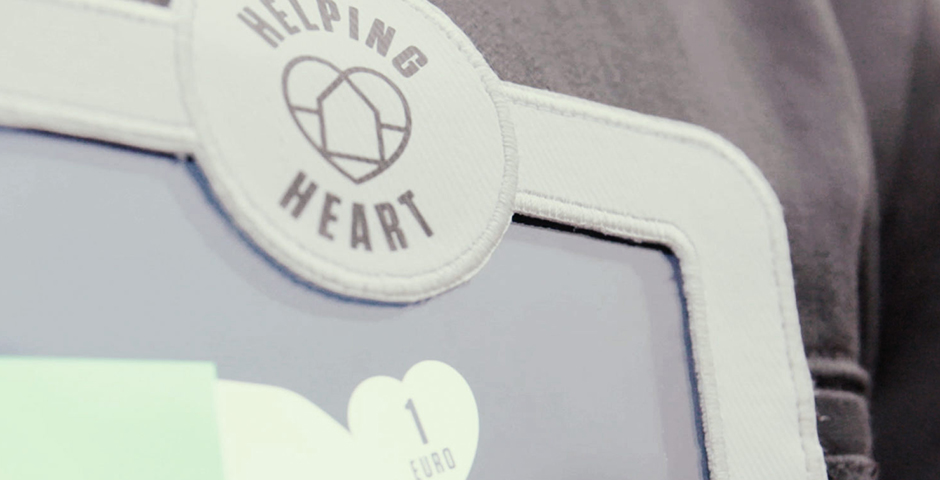 Enter Now
Back To The Winners' Gallery
Share This

We tend to carry little or no cash these day. It's convenient for most, but there are some in society who depend on cash- like the homeless. And even though people like the idea of helping the homeless, some feel that giving money basically goes to supporting addictions. Via contactless payment, we can help the homeless and make sure that people who give can rest easy knowing it is spent on the right things. We conducted an experiment to prove we could use financial technology to help people who need it. With help from several partners, we built a prototype of a winter coat with an integrated device which allows people to donate one euro by simply tapping their card. The only way to redeem money received this way is through one of the official homeless shelters. The money never goes to the homeless person as cash, but is always redeemed in kind: a place to sleep, a shower or food. The homeless person can also choose to spend it on self-improvement, like vocational training courses or even use it to build up savings.

What key challenges did you face with this project? //Are the homeless, shelters and public willing to use Helping Heart?
We weren’t sure if people would be willing to walk around in a coat which identifies them as being homeless. We also had to learn if shelters would be up for using a tool like Helping Heart. And last but not least, we wondered what the public response would be. Instead of starting intensive research, we decided to conduct an experiment by testing a prototype of Helping Heart. In doing so, we gained insights into the perspective of homeless, shelters and the public as well as specific learnings about Helping Heart for further development.

How to prevent fraud?
There is a limit of three contactless payment transactions within a couple of minutes on every debit card. The donation was set on one euro. In case of fraud or mistaken use of the tool, no more than three euros will be credited from an account.

How to create a prototype within three weeks?
Fortunately, Helping Heart was an innovative approach to existing technical solutions. For this prototype we used an existing payment terminal, together with a custom app to process the payment and serve as a screen. The biggest challenge was bringing these components together in a super simple user experience with a clear interface that communicates everything without the need of a tutorial. Looking at the final prototype, we’re very pleased with how we solved this and looking forward to pushing this into a new phase. The prototype patch consists of a few tools, hardware and software. The hardware is limited to a mobile phone and a secured payment terminal that supports contactless payments, this is all housed in a custom designed and 3D-printed housing. Regarding software, we developed a custom application that connects with the payment terminal and manages the payment process. By using the phone’s screen, we show the user what’s happening every step of the way and communicate the process visually and in text on screen.

The positive response we received: from the homeless, shelters, people on the street donating money, and also the positive press coverage in Dutch and international media. And last but not least, organisations like Kickstarter and The Social Innovation Partnership (TSIP) reaching out offering help to further develop Helping Heart.

We read an interview with our Queen Maxima in Straatjournaal (the Dutch street newspaper) in which she was quoted as saying “Not all homeless people are on the streets begging for money for a quick win, a lot of them are trying to rebuild their life.” Our discussion about this article led to two insights: The first: these days we tend to carry little or no cash at all. Secondly, most people would like to help the homeless, but they feel that giving money basically goes to supporting addictions. So, we wondered: how we can make it easier for people to help others who need it?

From day one, our strive was to work toward a sustainable solution which offers homeless across the world a better outlook. We were very keen on making sure this would not end up as ‘just’ a case study.

About the Technical Achievement category

Mobile sites and apps produced on behalf of a brand that sets an industry standard by using new, innovative, web technology in an outstanding way that improves the overall experience.