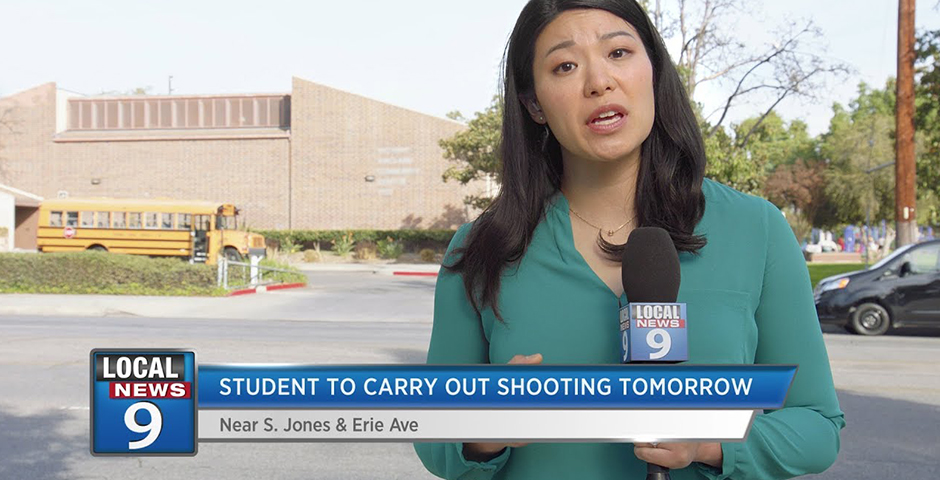 News reports are the most common way by which people hear about gun violence. So, to deliver Sandy Hook Promise’s message about learning the warning signs of a prospective shooting, we created a news report about a shooting that hadn’t happened yet—thereby stressing its preventability.

The December 2017 release of our web film coincided with the fifth anniversary of the Sandy Hook shooting, during which 26 students and teachers were killed.

In order for “Tomorrow’s News” to be effective, it was imperative for the piece to feel as real as possible—and not accidentally slip into a parody of local newscasts. Therefore, beforehand we studied real news reports from actual tragedies. Specifically, this meant that the look of the film, the graphics used, and especially the actors’ performances, all had to feel believable and authentic.

A particularly rewarding aspect of this project was the fact that our “film about news” was covered like real news—ultimately earning over a billion impressions and shared in over 146 countries. But, most importantly, we are humbled to continue working with the brave parents of Sandy Hook Promise in their mission to turn their personal tragedy into action that will save lives.

About the Best Writing category

This category considers the craft of writing for online film & video, independent of genre. Technical ability, creative execution and adherence to the standards of the craft will all be considered.