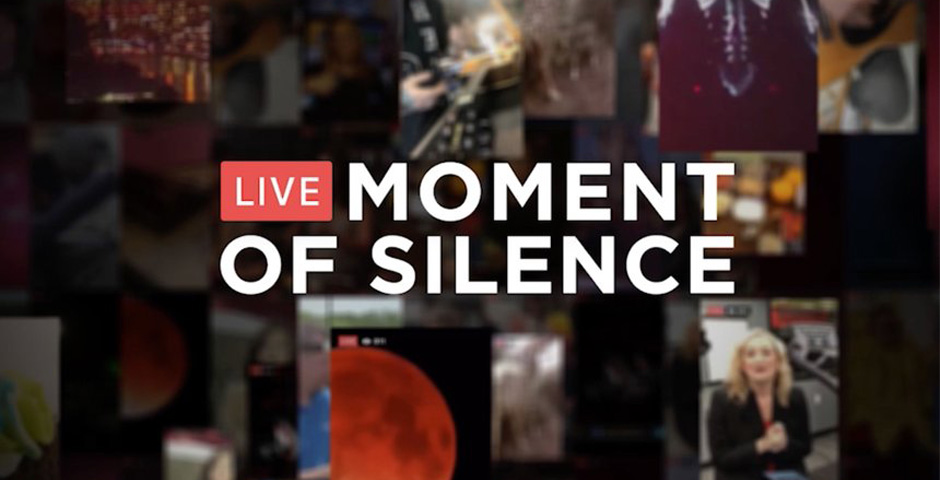 A moment of silence doesn’t do anything to stop future tragedies. So we found a way that we could turn that existing behavior into a tool to actually prevent gun violence. - BBDO New York Team

We used the emerging trend of “going live” on Facebook to turn the traditional Moment of Silence into a powerful fundraising tool aimed at preventing gun violence.

Sandy Hook Promise is an organization started by the parents of the victims of the Sandy Hook Elementary shooting. 2017 marked the five year anniversary of the shooting and the organization wanted to use the attention surrounding the anniversary to raise money to fund their gun violence prevention programs. But with so much fundraising already being done on Facebook, normal posts were proving to be an ineffective tool. And in addition, we needed to do something that worked within the same budget as a Facebook post, which is $0.

Sharing a “moment of silence” is an existing behavior used to honor victims of gun violence, as well as other tragedies. And with the five year anniversary of the Sandy Hook Elementary shooting on the horizon, we knew people would be sharing plenty of “moments of silence” to honor the victims. But a moment of silence doesn’t do anything to stop future tragedies. So we found a way that we could turn that existing behavior into a tool to actually prevent gun violence.

Once we knew we were going to move forward with our idea, we reached out directly to our contacts at Facebook to make sure the execution of the idea lined up with the emerging technology of “going live” and the new feature of allowing users to add a “donate” button attached to a specific charity.

Facebook Live was fairly new and people were not familiar with how to set up their own live broadcast. So not only did we need to inspire people to go live, we had to teach them how to. The solution was a simple and shareable tutorial video that broke it down into easy steps. Then we asked people who went live to share a link to the “how to” video, so their friends would know how to make their own.

The real-world impact defied our expectations. We began the Live Moment of Silence ourselves, along with schools around the country. Followers of those schools saw it, and then did their own. And so on and so on, until celebrities were doing the same, including a news anchor “going live” during her MSNBC broadcast. And all the while, they were raising awareness about the preventability of gun violence and raising money to fight it.

We worked closely with Facebook to develop this project. But heading into that collaboration, we had a tech insight when we discovered you could add a donate button to a live stream, which no one had used before. This allowed us to effectively create a new medium for donations.

Yes, partnering with Facebook was crucial to conveying our message. It’s the place where people are already sharing “thoughts and prayers” and extending their support to the Sandy Hook families. And it allowed us to take the real world action of sharing a “moment of silence” and extend it to the social space—in a way that could reach our target audience.

This was a truly viral project, with zero dollars put behind it. So it was incredible to see so many people on Facebook not only donate but share their own Live Moment of Silence and help the message spread.

By tapping into the emerging behavior of “going live” on Facebook, and the new technology of adding a “donate” button, we were able find a new way to engage people in a saturated space (fundraising) for the purpose of good (stopping gun violence). So moving forward, it is essential to continue to make authentic connections with our audience through emerging platforms and technologies.